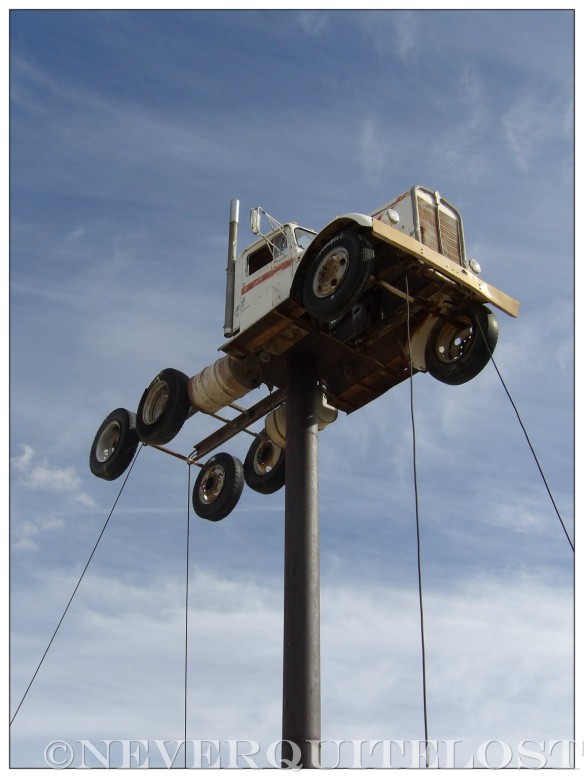 Because of the scenic allure of Sitgreaves Pass and the quaint mining town charm of Oatman, most Route 66 travellers opt for this alignment of the Mother Road, many without realising that there is another option which flourished for some twenty years. 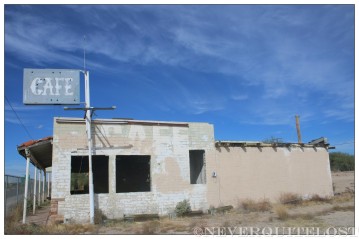 In 1952, Route 66 was realigned to bypass Oatman and the treacherous mountain road, taking a route through Yucca. There had been a town here since the 1880s when it was a service stop for the Atlantic and Pacific Railroad, part of a line that ran from St Louis, Missouri, to Needles, California. In 1913, the Old Trails Road ran through the Yucca region (and, indeed, parts of that road still exist). It was home to a huge airfield during World War II that would later become the Arizona Proving Grounds. But the coming of Route 66 created a real boom for Yucca; motels, bars and cafes opened, along with a Whiting Brothers’ truck stop.

The boom lasted just twenty years. In the early 1970s, Interstate 40 ploughed straight through the middle of Yucca and, like so many 66 towns, business owners could only watch as the traffic rolled past a few feet away heading for Needles or Kingman. The Whiting Brothers’ truck stop was one of the first casualties and nothing remains of it now but its iconic sign. A café survived into this century, but the motel is now derelict. On the other side of the highway, the Honolulu Bar was open until fairly recently but is now closed until further notice, which seems pretty permanent. Another 21st century casualty was a garage and salvage yard, now deserted and seized by Mohave County, although one of Yucca’s most famous landmarks, the semi on a stick, still stands. You can’t beat a truck on a stick. 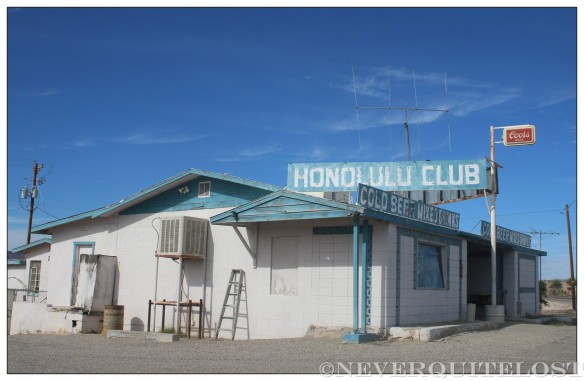 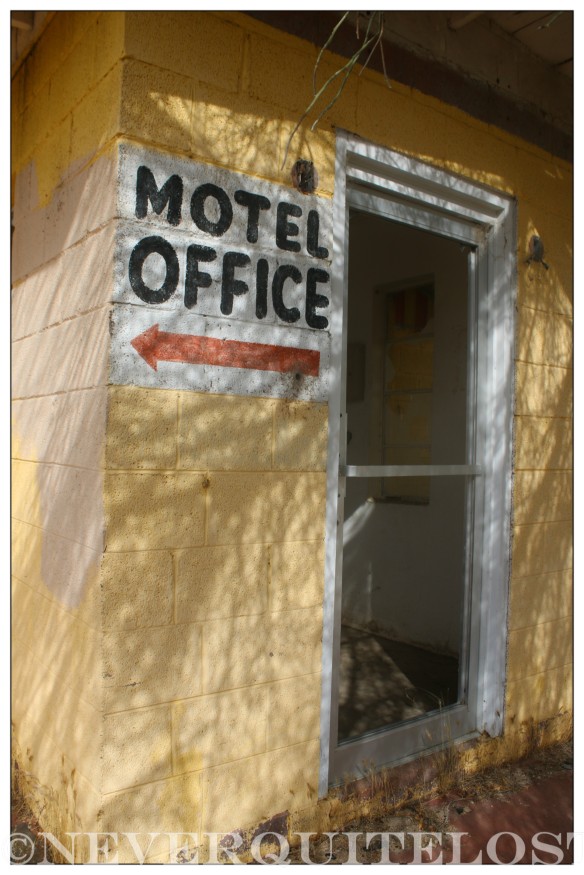 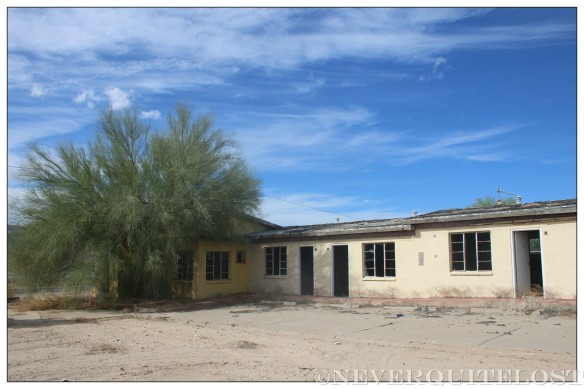 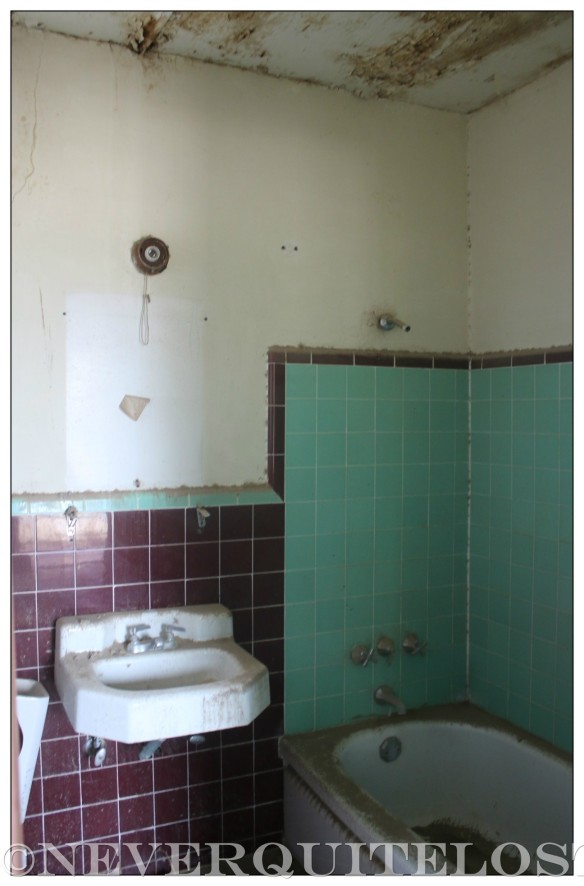 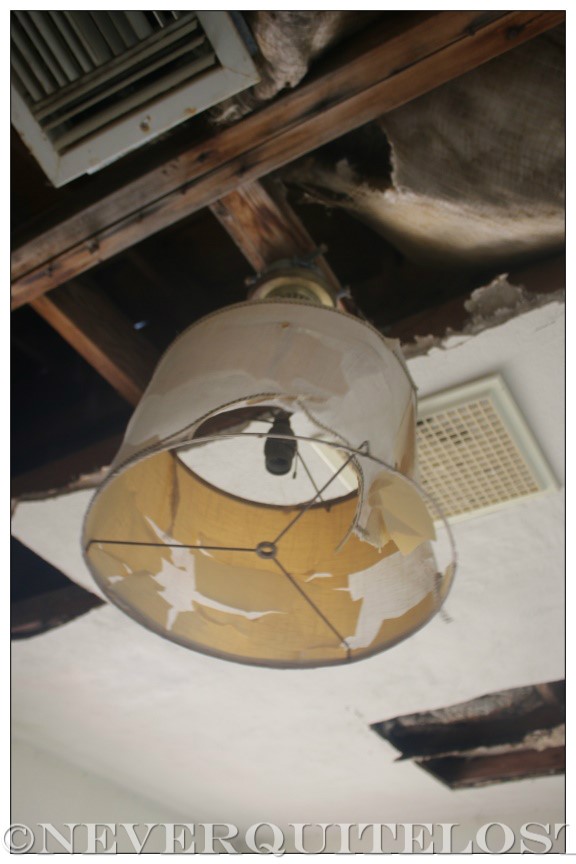 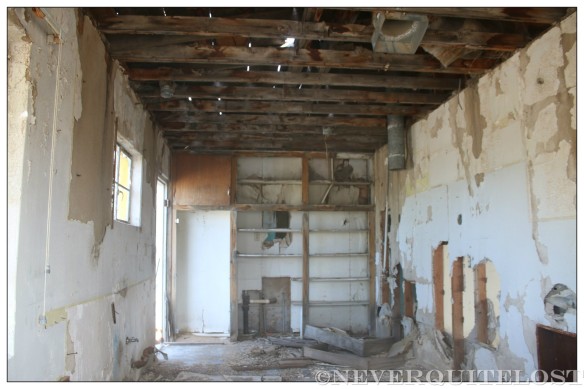 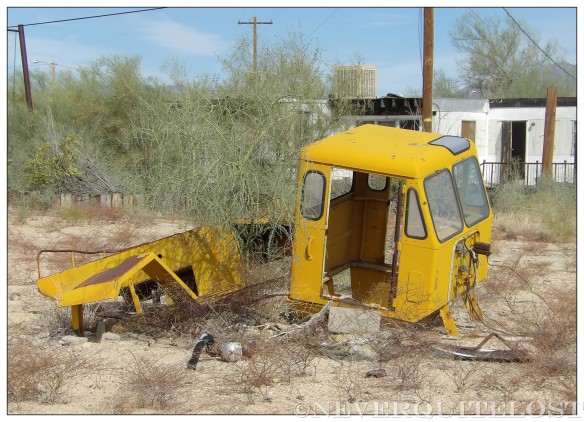 5 thoughts on “YUCCA – THE BYPASS THAT WAS BYPASSED”