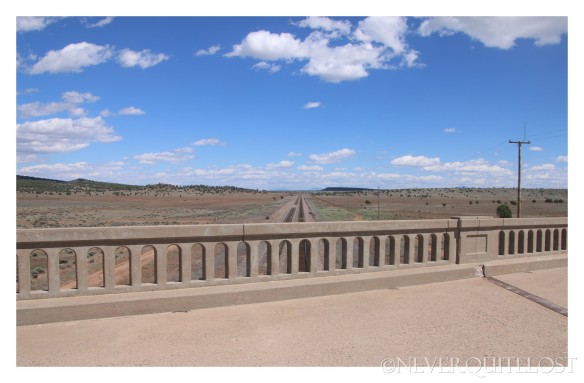 There is a fluidity to Route 66 that those who love the road come to expect, to fear and sometimes to cherish. Like any living organism – and despite popular opinion it is still living – each year the road loses something, gains something…

In the autumn of 2016 I stopped at Crookton Overpass between Ash Fork and Seligman in Arizona. Leaning over the side of the 1930s bridge I spotted something that hadn’t been there a few months previously. While travelling, roadside crosses (or descanso as they’re sometimes called in the South West) are a familiar sight; memorials beside railroads less so. But clearly someone had cared enough to craft a homemade cross and then scramble down the embankment to set it up. The cross bore only the name ‘Boxcar’ Billy Richey and the words ‘ETERNAL SERVITUDE OF GREASE AND SPEED’ which sounded to me more like a car club saying than that of the railroad.

It was both. William Max ‘Billy’ Richey was born on 25 April 1978 in Winslow, Arizona and started his career for the BNSF in July 1997 when he was just 19 years old, following in the footsteps of his father. Seven years later he became a conductor and then, in 2012 he was promoted to locomotive engineer, a job he loved.

The smile that lit up a room.

Outside of his family of six children, his main passion was old cars and he was a proud member of the Highway Horrors Car Club (who gave him the nickname ‘Boxcar’) although he found time for fishing, camping and just about anything outdoors. His friends described him as the light of any party and say that, if Billy was smiling, then so was everyone else. That light was extinguished when, on 25 August 2015, Billy died suddenly in Surprise, Arizona. He was just 37 years old.

Billy’s final wishes were to have his ashes scattered in Sycamore Canyon, but, the following summer, fellow members of his car club decided to erect a permanent marker to their friend. On a bright July day, they put up a handmade cross on the side of the tracks at Crookton Overpass, overlooked by Route 66, combining both his job and his love of cars.

Members of the Highway Horrors CC setting up Billy’s memorial.

This is recent history. This is a memorial on Route 66 to a young man, hardly gone, who we can almost see out of the corner of our eye. It’s a timely reminder that Route 66 is not a museum for us to simply ramble through, peering curiously at things as if they were exhibits behind glass. It’s a living entity and there is a human story behind every building, every turn of the road and every roadside memorial. 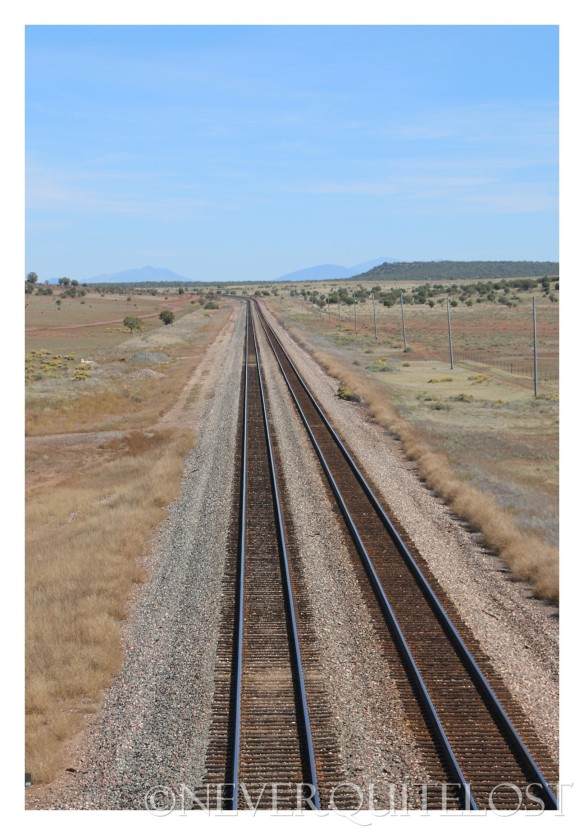 The cross sits just to the left side of the rails out of shot.

Train rolling on down the line.

8 thoughts on “THE MAN WHO LOVED CARS AND TRAINS”