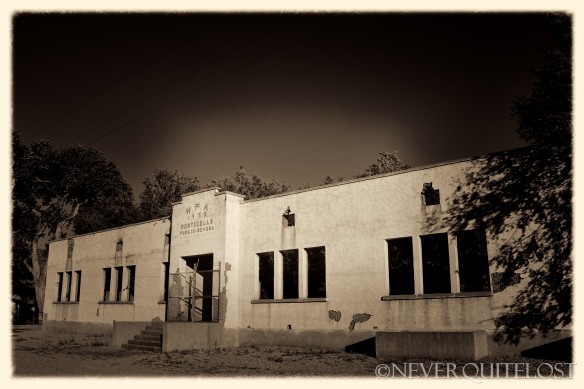 The impressive ruin of the Public School in Monticello, New Mexico, is another example of how quickly history can be forgotten. Built in 1935 by the WPA, it’s a reminder of a time when Monticello was a thriving town with hundreds of families. But, just twenty years later, the school was closed due to a decrease in students. And, at some point, it burned down, but no-one seems to quite know when.

There is a rumour that the blaze was the result of an experiment in a chemistry class, but that’s clearly untrue for two reasons. Firstly, the school was closed due to failing attendances (along with another two local schools in the same year, 1956) not because it burned down, so it clearly didn’t happen while the school was open, and secondly, such a conflagration at a working school would surely have made the local newspapers – which reported just about everything back then. Yet there is nothing in any of those newspapers.

Nor is there any later report, so it seems that by then the school had stood empty for such a long time that a fire wasn’t even a news story. Monticello is mentioned in many books on ghost towns (although people still live there), but the school is usually vaguely referred to as ‘burning down decades ago’. So, what really did happen – or has that already been lost forever? 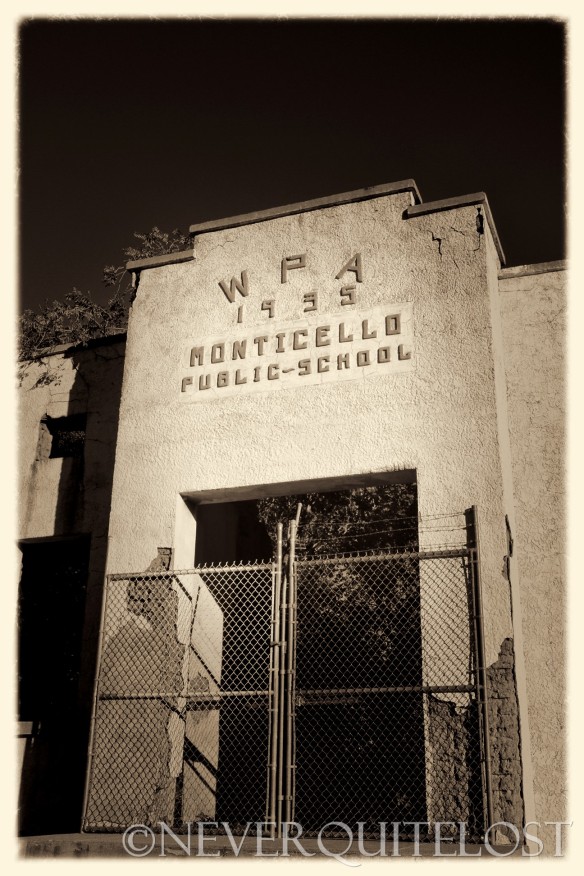